Kusamono is defined as a NEW Japanese term, as it is only 150 years old, and simply translated means “grass thing”.   Initially it was comprised of only mountain grasses that were collected at the same time when collecting plants/trees for bonsai.  They were then used as display accents with those same bonsai.  This was a naturalistic approach which told a story to the viewer.

Over time, small flowering plants were also dug together and became “Natural plant combinations from nature”.  NOW this is a fun endeavor with inexpensive, small plants that if done and cared for properly lasts 10 years and more!

Use the link to access some basic guidelines for creating your own Kusamono. 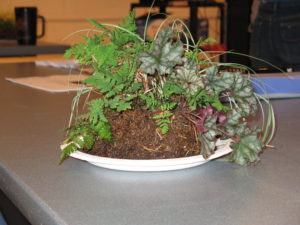 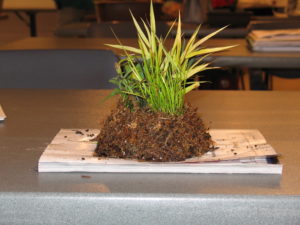 While Kusamono plantings are done in pots they can also be created using muck and sand and then covered with moss.  This type of planting can be displayed on a tile, suiban, tray, or rock slab (above pics).  Water carefully, but once the roots are established it is quite stable! 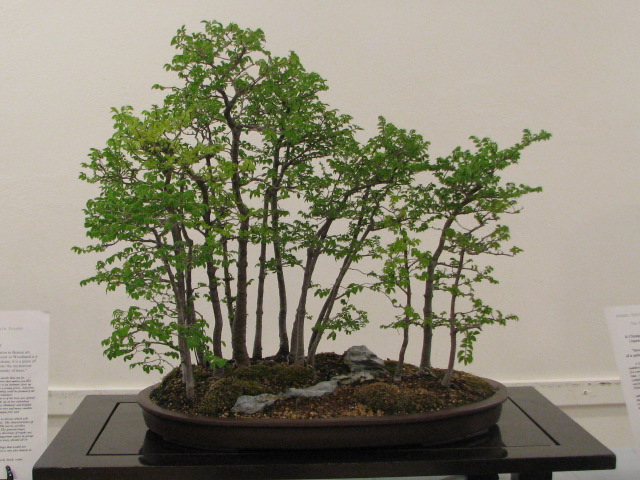